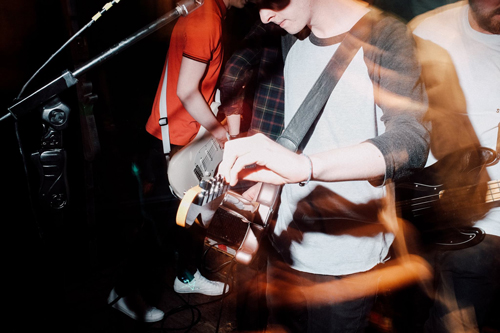 Fuschia are a promising young band in the early stages of finding their feet. The music is written and put together by frontman Marc Thow who has access to his own studio recording equipment via his studies in audio engineering. Perhaps partly as a result of this ability to experiment and play with the high end equipment while he worked through his course, Fuchsia is more than merely the sum of their influences. Taking elements of modern pop punk & emo bands and adding a layer of pop meets indie sensibilities, you're left with a layered and structured songwriting style that still has room to breathe. Their debut EP Conversations contains a lot of room for interesting ideas to develop.