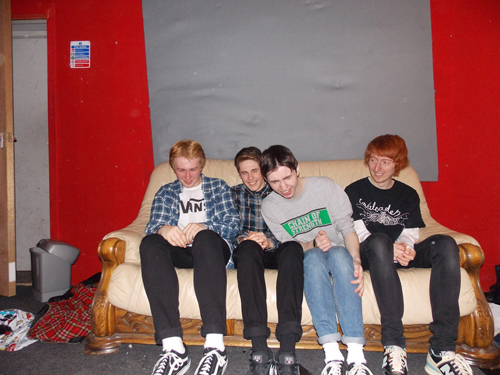 Glasgow emo
Watching Flakes grow as a band over time from a young group of people with definite potential for songwriting greatness into the band who produced their latest EP 'All That Was Lost Was Found Again' has been an incredibly rewarding process. At one point they were a band with little or no gear of their own, a knack for technical difficulties and a very self deprecating stage presence (some things never change) but at the launch of the EP we released for them earlier in 2015 we saw a band with the energy and crowd interaction of a proper 90's emo band. As their sound has matured, their confidence has grown and their newer songs take influence from a wide range of indie, punk and emo. All they need now is to take the step out of their front door and book themselves a tour.

Cassette: All That Was Lost Was Found Again - Buy Here
(STRUGG038)