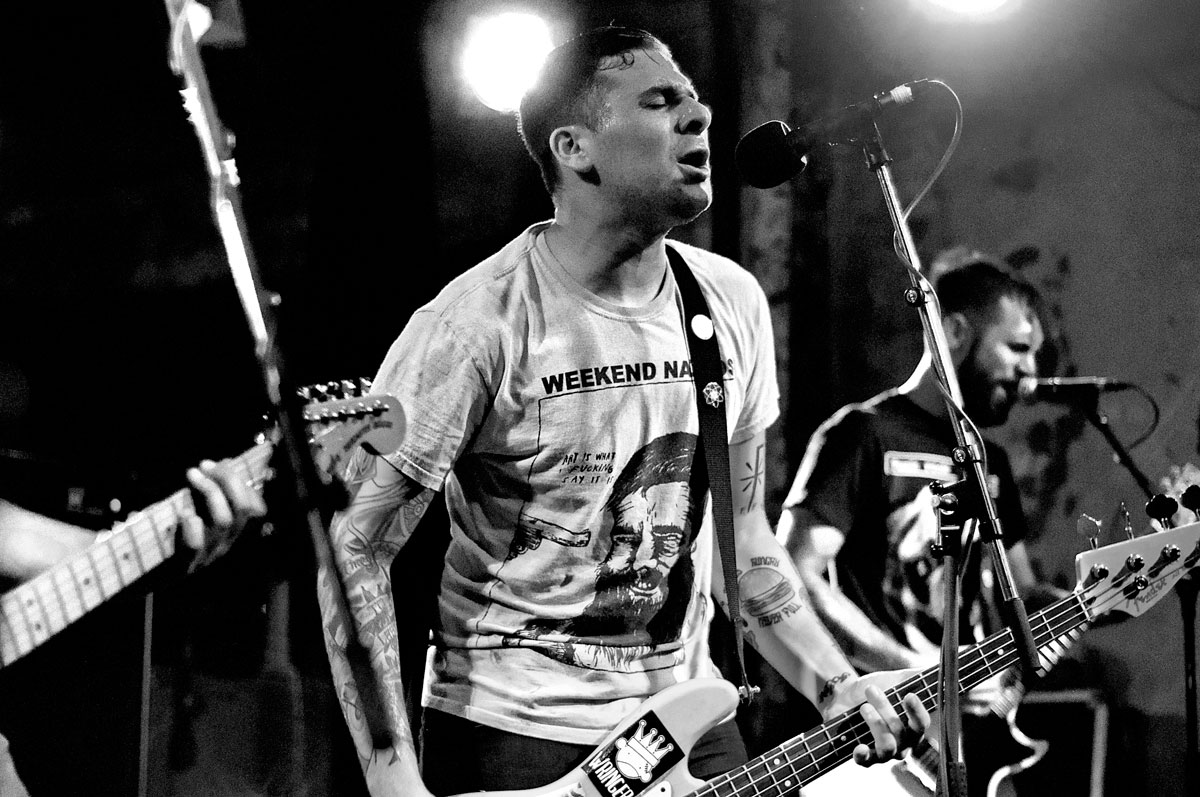 I think in many ways the punk scene in eastern Canada echoes ours, in that it manages to get along just fine without the help of it's southern neighbour, it has a diverse range of great bands who are spread out across a wide area, but they keep in close contact with each other. Not long after we started working with !ATTENTION! from Toronto, Chris from Prevenge / Pavones Records got in touch with me to see if I would be interested in helping release a split with his band and Winsor, Ontario's Shared Arms on Glenn's recommendation. We were happy to help, but didn't have the money to put in to make a decent contribution to the pressing. Expecting a mention in the liner notes and a handful of copies we gave what we could towards it, happy to help out with a release for these two incredible bands. A few months later a box arrived at Struggletown HQ with 30 7"s with our logo on them! This was the first vinyl release to feature our logo and it was distributed far and wide across North America by this hard working punk band, not to mention Chris, who knows EVERYONE involved in punk rock, I was excited. We have stayed in touch with them since then, with the first STRUGGLEFEST built around their tour schedule to make sure they got the best possible reception here in Glasgow. Sadly they have now decided to call it quits, but their split 7"s and the album 'Eye Contact' remain some of my favourite releases we ever had the pleasure to distribute.