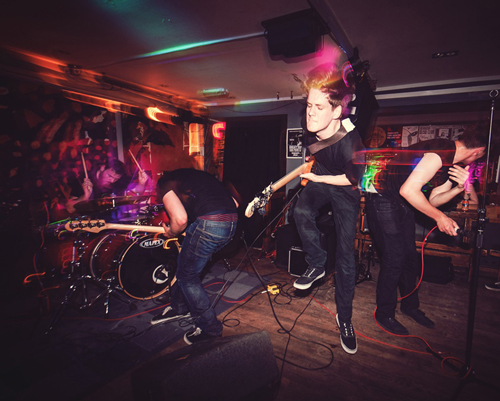 Thin Privilege Does Not Exist. When they did, they were an erratic and exciting dance-rock band who used two bass guitars and no regular guitars to create layer noise with driving rhythms and intensely dark vocals. Formed from other great bands who inhabit the scene in Glasgow, their album is a bold, awkward release, which made it perfect for us to use as our first piece of 12" vinyl. A departure in sound for us as a label, but not a risk as far as I was concerned as the musicians involved are some of the best I know. We worked alongside Black Lake Records & Bloc+ Music to put this record out in Summer 2014, which preceded a wave of releases from us in our busiest few months yet. Sadly no longer active, after only a few months of playing shows, Thin Privilege released a follow up EP digitally that you can also find below.


Digital - Does Not Exist (Self Released)